Here is a summary of the “Story” so far: 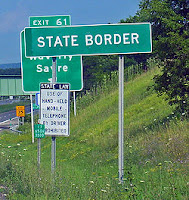 State by State licensing to retain these “untrained” doctors is quite a challenge.  It requires the interest and enthusiasm of state medical societies to bring proposed legislation to their state legislatures. They have to proceed through the lengthy legislative process to enact changes to their existing licensing statutes. Imagine this process for each of the 50 states!


What are the numbers we are talking about for unmatched doctor grads? ()

These unmatched doctor graduates are fully qualified and have met all the requirements set by the National Resident Matching Program (NRMP) to participate in the national “Match”.  They have obtained their MD degrees and passed all required exams, such as USMLE parts Step I and Step II.  There are just not enough residency slots available to meet the increased demand. In order to “preserve” these unmatched doctors until the supply of residency slots increases, each State would have to pass new legislation.  Medical licensure is legislated state by state.  This legislation would allow these grads to work “under supervision” in “qualified settings” (Essentially, residency allows work “under supervision” in a qualified program).  If given the opportunity for meaningful work (and service to the community!), these unmatched grads could re-apply for residency as the numbers of residency slots increase.  The result:  preservation of fully qualified doctors while addressing the impending doctor shortage in the next decade.


Three states have passed this legislation so far, , , and .  “Arkansas Graduate Registered Physician Act” applies to an “individual who is a resident of …”  passed a special license which applies to graduates of the University of Kansas School of Medicine.  passed legislation for “Assistant Physician” which is open to US residents.  State by state legislation could generate its own set of problems while trying to ameliorate this crisis situation.  and have “prevented” a huge influx of desperate unmatched doctors flocking into their states by gearing legislation for their own state residents/graduates.  could be the “recipient” of this influx.  Just think of all the time, effort, and money which this state by state legislation would entail!


Why haven’t the AMA and ACGME (Accreditation Council for Graduate Medical Education) acted to correct this travesty on a National level??