OH! So We Just Need a New Law? / Doc Shortage

OH!  So We Just Need a New Law?/ Doc Shortage 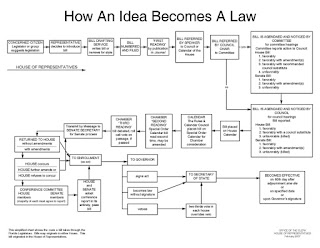 Have you ever wondered about the procedure to create a new State law?  If you’re like me I thought, “Go to my local legislators”.  That’s exactly what I tried to do.  With all the hype of running for political offices, I thought they would be ready and waiting for a meeting with one of their constituents.  Was I wrong!  I have contacted no fewer than 30 public officials and received exactly 2 responses (written by assistants).  You probably won’t get an in person meeting with your legislator, but you might get to speak with an assistant.  And, you won’t get any audience at all if you are not part of the legislator’s electoral district.


When I finally obtained an appointment with my State Representative, I proceeded to tell the story of the medical residency crisis.  It turns out that Medical Education has its own traditions, and you can’t just go “apply for another job elsewhere”.  So my representative had no clue as to the components of medical training and the process of communicating this dilemma was an uphill challenge.  After countless letters, emails, and phone calls to legislators, members of the State Board of Medicine, the State Executive Director of Medicine, the State Surgeon General, and yes, even the Governor of the State, I was nowhere on my quest to create a new State law for physician licensure!


My next step was to contact the Florida Medical Association (FMA) where the advice was ambiguous.  It turns out that in the end, the real process begins with your county branch of the State medical association.  However, after numerous phone messages and emails to the Executive Director of our county’s medical association, I could not believe I was getting no answer!  When I finally decided to go in person to the address of record, my lead me to a PO Box at the post office!  What is with this world?!  No one answers anyone!  It turns out, you will only get a “response” if you are a member of the medical association.  My husband had to make the call….


So after 4 futile months of trying to get a starting point for the creation of a new State law, here is the ANSWER:

So, you think you have the answer now?  Not so fast!  You won’t believe the politics that get involved.  Politics?  Yes, politics.  Life is really a “turf”war!